When I was five years old, my mother started the process of enrolling me in my local primary school, and took me along for the formal enrollment process.

Looking back over too many years to announce here, I can couple up my young perception of that school with my adult experience, and understand why I didn’t like the place.

It was a large school (for Perth, Western Australia, at that time).  It was a post-war building, long and narrow, with the distinctive Aussie verandahs with “x” cross beam railings, painted blue and white.

It’s likely the whole building was constructed out of framing and asbestos sheets, because they had not yet figured out how lethal asbestos was.   The building was surrounded by a sea of black tarmac, which is what the kids got to play on.

Even I wasn’t thrilled with the place, and I was only five.  What did I know?

My mother extricated herself from the enrollment interview and a few days later, she walked me to a brand new primary school in the complete opposite direction from the warhorse we had first visited.

Our house was on the very edge of the school intake district for the vintage school and was, in fact, closer to the brand new one my mother took me to see.

I loved the new school right out of the gate.  It was built among tall, shady trees, and was reached by a driveway that seemed very long to me, which meant it was very far back from the road, and nearly invisible among the trees.  The buildings were low, modern, and blended in with the trees, which had been left standing right up beside them. Mown grass ran between them.

My mother settled into the enrollment interview, with me beside her, and the headmistress throwing quick smiles in my direction as she went through the forms.

Everything went swimmingly until she asked my mother for our address.  My mother quoted the address, the headmistress sat back with a regretful expression and shook her head.  “We can’t accept Tracy.  She doesn’t live within our intake area.  She will have to attend–” and she named the other school.

My mother looked stunned, as if this was the first time she’d been acquainted with that fact.  I was pretty damn sure she already knew.

Then my mother became upset and may even have wrung her hands.  She explained at length her disappointment and her concern about my health and how I had to come to this school, as it was a shorter walk than to the other one.

I had a heart murmur when I was young.  It’s an echo in the heartbeat that could mean a small hole in the heart, or any number of usually benign conditions that usually sort themselves out as a child ages.  In my case, this happened — I outgrew the condition.

I don’t remember having any symptoms, and even though I’d heard about the heart murmur before, this was the first time I’d heard that it was a “condition” that required “managing”.

Now, I was only five, but I distinctly remember sitting there, watching my mother explain all this to the headmistress, and I just knew my mother was laying on the wax really thick and proper.

I didn’t get scared that I had a deadly disease.  I didn’t for one moment wonder if I was really much sicker than she had let me know when I had first learned about the heart murmur.  I just knew my mother was…well, not quite lying, but she was blowing everything out of proportion to convince the headmistress to let me into her school.

Here’s the thing that baffles me about that moment, though.

How did I know?  How was I so sure she was performing to get what she wanted–i.e. me enrolled in a school she considered “better”?  My mother hadn’t discussed any of this with me.  I had been pulled along by the hand to attend the two enrollment interviews, and that was all.  I still wasn’t entirely sure what “school” was, for those talks with my mother were yet to come.

But I knew exactly what my mother was doing, and why.

Now, perhaps I was just very intuitive at that age and picked up subtle clues from all over the place, including conversations my parents may have had over the top of my head.  I will never know for sure.

Whenever I read in fantasy stories about a character with “truthsense” — the ability to tell if someone is lying or not — I always think of this moment.  In my mind, that moment is an example of what the fantasy characters experience when they detect truth, or not.  They feel a complete sense of certainty.  They know what the real score is.

Catrin, in Touched by Maen Llia, which was released today, has a similar moment of gut-level utter conviction that what she believes is right, and everyone else is wrong.

The interesting thing about Catrin’s certainty, and my own certainty when watching my mother stretch the truth with the headmistress, was that I wasn’t aware of the parallels when I wrote the book.  I only tripped over the entry about primary school in my journals this morning, and instantly spotted the connection.

A few days ago, I was asked how much of my life experience I put into my books.  I’ll give you the answer I gave then:  If you’re looking for wholesale events in my personal history picked up and dumped into a story, you won’t find them.  Sorry.  But if you know me very well, you will spot facets of my life and experiences in every single story I write.  They seed themselves while I’m not looking.

And this is a perfect example of that seeding process in action.

By the way, I did end up attending Woodlands Primary School.  🙂

Caught between magic and truth…

Catrin is a handmaiden to the old Queen of Dyfed, whose husband and king, Geraint, has died without an heir, leaving the kingdom ripe for plucking.  Yet Dyfed is the birthplace of King Arthur’s enchanter and adviser, Prince Merlin, who travels to the troubled kingdom to settle the question of who should be king.

Marcus Jorath is a newcomer to Camelot and wants only to serve King Arthur, whose peace has brought such a difference to the life and prospects of his family.  Yet he is assigned to travel with Merlin to the out-of-the-way kingdom of Dyfed instead.

When the Dyfed mage, Ianto, declares it is mid-summer’s day, the maids of the kingdom visit the Maen Llia to make a wish. Catrin disputes it is the solstice, for she can read and is learned in the ways of tracking seasons and more, but no one listens to her, and she is forced to visit Maen Llia with the other women.

Merlin’s company of armed men come across the women, and Marcus finds himself drawn to the fiery redheaded Catrin and her blunt, direct way of speaking and thinking about the world. Their attraction puts them in the path of Ianto, who is more than the kingdoms’ inadequate mage, and has plans of his own he will not let a mere slip of a girl interfere with…

This story is part of the historical fantasy romance series, Once and Future Hearts, set in Britain during the time of King Arthur.

Touched by Maen Llia was released this morning, on all bookstores, including mine.  (Well, you could have bought a copy from me a week ago, but it’s there now, too.)

Buy from SRP!
Buy from your favorite retailer!
Enjoy! 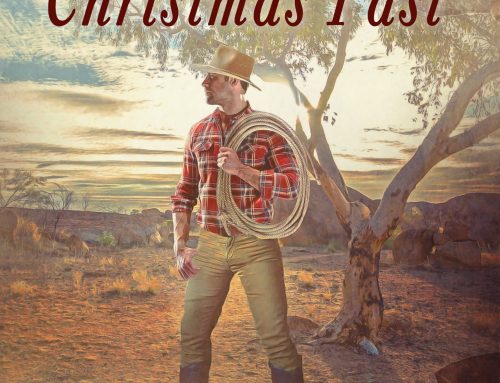 A Kickstarter campaign worth checking out.

A Christmas Romance release, just in time for Christmas! 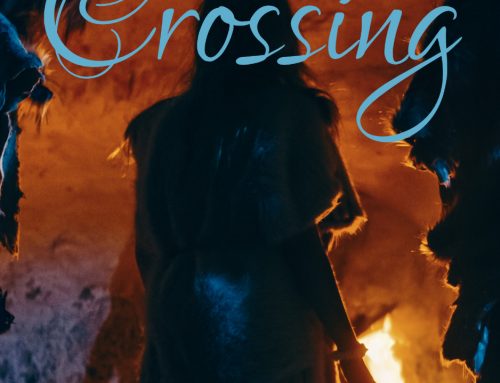 Are you ready for Christmas yet?

Crawling my way back to work… new PNR release for Halloween 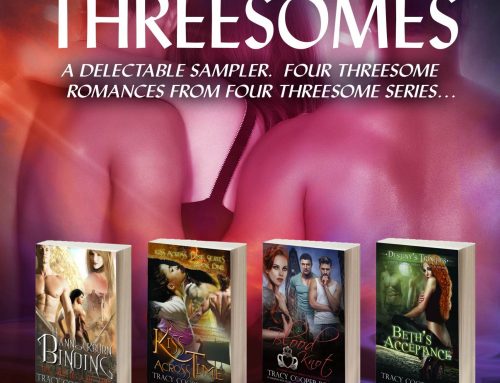